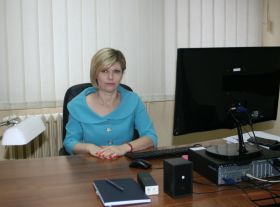 Tonight, the Deputy Protector of Citizens, Ms. Jelena Stojanović, attended the ceremony organized by the National Council of the Romanian National Minority in Vršac celebrating the Romanian Great Union Day, the greatest national holiday of Romanians in the Republic of Serbia.

"We, Romanians in Serbia, live in peace together with all the citizens of our country, respect each other, observe the constitution and laws of the country, our rights and obligations and endeavor to build a better common future for our children, striving for unity - in the community of European states and peoples ", said the President of the National Council of the Romanian National Minority, Mr. Daniel Magdu, in his welcome address.