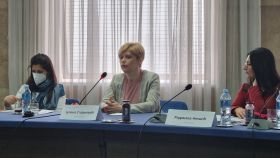 Deputy Protector of Citizens, Ms. Jelena Stojanović specified today that the announced amendments to the Family Law would improve the normative framework for the prevention of juvenile marriages but that, due to informal, common law juvenile communities, these did not guarantee progress in their suppression, and she advocated for constant education of children and families in informal settlements in Serbia.

“I am afraid that a large number of informal juvenile communities, primarily children, will remain 'under the radar'. It is very important that we reach out to every child, to their families, to access their continuing education and to show them the importance of education and access to social services," said Stojanović at the Conference “Joined to end child marriages: for the right to choice, education and better future” organized by the National Coalition to End Child Marriages. 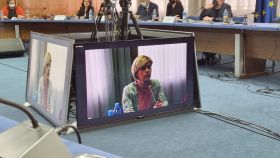 Stojanović stated that the fact that the provision allowing marriages to minors over 16 would be excluded from the Family Law displayed the position of the state and society regarding the inadmissibility of juvenile marriages, but that this did not guarantee that the situation on field would change if parallel education of citizens was missing.