The Protector of Citizens is one of the state institutions that, like last year, invited students to do professional practice in that institution in the 2022/2023 school year.

In an online presentation, the Protector of Citizens, Zoran Pašalić, stated that a total of 16 vacancies have been secured in that institution for the year 2022/2023 (12 for students of the Faculty of Law and 4 for students from the Faculty of Political Sciences). Student practice is carried out according to thematic units, within the sector for the protection of human rights and freedoms and the rights of persons deprived of their liberty, sector for the protection of children's rights, gender equality and the rights of persons with disabilities, sector for the protection of rights of members of national minorities and other minority rights and freedoms, the department of the National Preventive Mechanism and the emergency response department.

Pašalić told the students that during the practice they will have the opportunity to become familiar with the competences of the Protector of Citizens as an independent and autonomous body for the protection of human rights in the Republic of Serbia, as well as with the mechanisms for protecting those rights and the position of vulnerable groups, the improvement of which is in a special focus of work of the Protector citizens. Also, they will see the work performed on complaints, the issuing of recommendations, formulating opinions on legislative proposals and stressed that practice does not only mean listening to lectures, but also active participation in the work.

Recognition for the development of public and civil sector partnership in creating an accessible environment and availability of services was given to the City of Šabac, commendation for advocating for improved access to the City Administration services to the City of Niš, and certificates of thanks for participating in the Public Call for awards for the development of accessibility in 2021 were received by the cities of Vranje, Leskovac, Smederevo and Sombor, as well as the Municipality of Svilajnac.

The meeting was held with the aim of establishing mutual cooperation and coordination of work on the census, so that it would be carried out in the most efficient way while respecting the law, as well as human and minority rights. As stated in the Office, over 17,000 census takers are currently undergoing training. The Protector of Citizens expects that the instructions regarding the census of persons who are in institutions for the enforcement of penal sanctions, social welfare institutions, shelters, as well as asylum centres, will be adopted as soon as possible.

At the meeting, among other things, it was pointed out that the collected data are extremely important for the assessment of the current situation, as well as for future planning and adoption of various strategies, both at the national and local levels.

The Deputy Protector of Citizens, Jelena Stojanović, said today that the inclusion of children and young people in the work of this institution proved to be effective in the area of protecting children's rights, as guidelines for improving the situation in that area were created based on their opinions and attitudes.

More than 20 primary and secondary school students from all over Serbia will attend the Summer School of the Protector of Citizens on children's rights, from 12 to 16 September 2022.

During the Summer School, children and young people will be introduced to the United Nations Convention on the Rights of the Child and they will also learn how to recognize violence in schools and sexual violence, as well as about situations in which they can become victims of trafficking in human beings, how to report these forms of violence and how to protect themselves from it.

The Summer School of the Protector of Citizens is realized within the project "Children to children – know your rights" which is financed by the Bulgarian Development Aid. 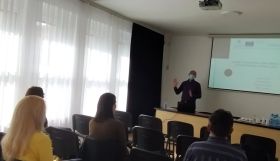 Local governments should explicitly include LGBTI people in their action plans, prescribe measures to improve their position and allocate appropriate budget funds for those activities, Deputy Protector of Citizens for Gender Equality Ms. Jelena Stojanović said.

At the outset of the first out of five planned trainings on the inclusion of LGBTI people in local action plans, held in Ražanj on Wednesday 28 October 2020, Ms. Stojanović accentuated that the Protector of Citizens’ surveys and practice indicated that LGBTI people, i.e. people with different sexual orientation and different sexual orientation and gender identity, often faced discrimination and other forms of human rights violations.

Ms. Stojanović said that they often faced hate speech and hate crimes because of the prejudices and stereotypes that existed in our society and that was why taking measures to protect and improve the position of LGBT people in their local community was vital. 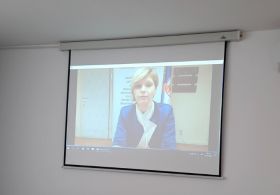 Ms. Stojanović reminded that the Ombudsman issued a recommendation on the inclusion of the LGBTI community in local action plans in the regular annual reports for 2018 and 2019, and that the started trainings represenedt the first step in the implementation of that recommendation, in order to enable LGBTI people to exercise the rights guaranteed by the Constitution and the Law in their local community.

Five trainings on the inclusion of LGBTI people in local action plans are jointly implemented by the Protector of Citizens and the Association Duga from Šabac, within the Council of Europe project "Promotion of Diversity and Equality", with the support of the European Union.

According to the plan, from 28 October to 11 November 2020, five one-day trainings will be held for representatives of a total of 15 local self-government units on measures to improve the position of LGBTI people in local communities.

The hosts of the trainings are Ražanj, Valjevo, Pančevo, Novi Sad and Kragujevac, and representatives of local self-government bodies from Kruševac, Boljevac, Mionica, Užice, Zrenjanin, Požarevac, Sombor, Senta, Babušnica and Vlasotince will also take part in the trainings.